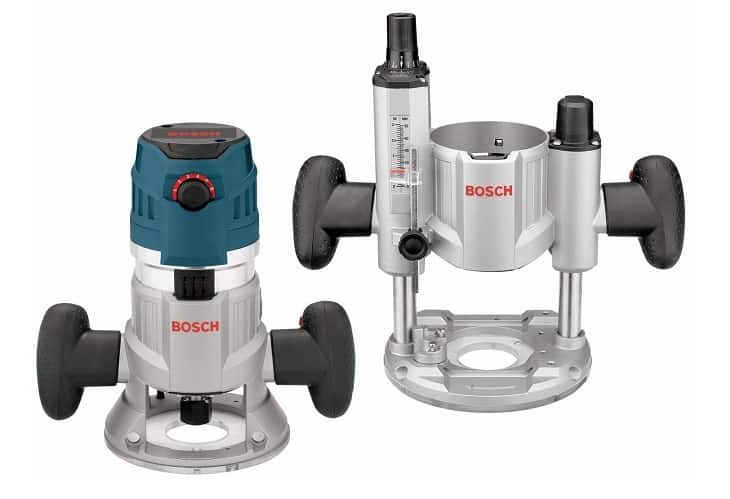 When I undertook the project to build the chicken coop, I came up with a brilliant design for the joinery, but I quickly realized I was going to have to use a router to make the plan come to full fruition. After a bit of time, I settled on the Bosch MRC23EVSK and ordered it. I found myself eagerly awaiting the arrival of the router, and within a few days, I was ready to begin. 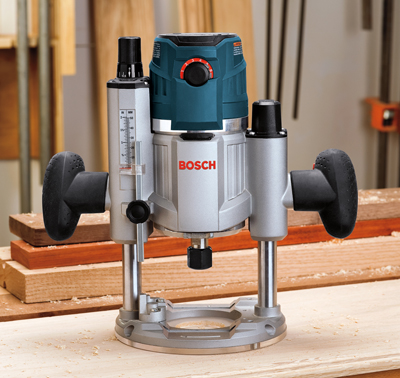 I’ve only just begun woodworking recently, having realized that I have something of a knack for it. As such, I don’t have an extensive list of routers I can compare this to, just an old generic one that I’d borrowed for a previous project. When I opened the package upon its arrival, however, I was immediately impressed.

This router is solid. I think that’s the best way to describe the tactile appeal of the tool. It was also a bit heavy, but that didn’t matter since I planned on putting it in an old router table I’d picked up at a flea market.

I immediately got to work mounting the tool after making sure it functioned. The soft-start is a nice feature, the previous router I’d used had a tendency to try and torque out of my hands as soon as the motor came on. Once I had it mounted and in place, all that was left to do was begin my project.

A Whole New World of Possibilities

Since I was organized, I had most of the joinery that I’d planned on using done within a couple of hours with no previous use of a router table. The whole concept is fairly simple after all, all I needed to do was run the boards lengthwise along the bit in order to get the cuts I needed.

The first thing I noticed was the silky smooth action of the router, I barely felt any resistance at all while I used it. This could be because I was using pine, but on later projects, it seems to have had the same effect on harder woods. This router simply buzzes through without me noticing a thing.

That’s not strictly true actually, I did the edging on a solid oak plank for a cabinet set a few weeks later and had to set the RPM over 20,000 in order to maintain that same smooth feel, but even at a lower rate of speed, it worked amazingly well.

The biggest thing that’s been added to my workshop with this router? A diverse new level of possibilities I’d scarcely considered before. I had been turned off the idea of spending a lot of money on a wood router due to my past experiences, but the quality really is everything when it comes to tools.

Perhaps it was my kid in a candy store mentality when I first began using this router, but I definitely wanted to see what it could do at maximum RPMs. A couple days after beginning to use it, I tested it out on a scrap piece of pine left over from the chicken coop.

It tore right through it, but if I slowed down at all it burnt the wood. I was aware that was a possibility, but it did prompt me to be a lot more careful about how high I set my RPMs in the future. I’m still a bit of a novice, and I’ve burned a few pieces since then, but I’d certainly have ruined a lot more wood if I hadn’t tested things out.

I don’t really see it as a negative point, as long as I’m careful about what I’m doing I’ve had no issues and the ease with which it cuts even at lower speeds is fantastic.

I should also note that it can be a bit of a bear if I’m using it without the table. It’s not completely uncontrollable, especially with the soft-start, but it can take some manhandling in order to use it well free-hand. I’m unsure whether that’s my lack of experience or just a side effect of the large amount of horsepower the router has.

A Welcome Addition to my Capabilities

In the end, I really wish that I hadn’t hesitated for so long before getting a router of my own. I can’t recommend the Bosch MRC23VESK enough. Both of the bases have come in handy, and I really like the additional functions that I can get out of using the plunge base.

What it has offered me, more than anything else, is a whole new world of woodworking possibilities. The investment was minimal, and I’ve completed over a dozen large projects since I purchased the router.

I’m certainly not an artisan, but the things I can do with ease in my shop now… well, I definitely see why I was told repeatedly to make the investment into a quality wood router. I did, finally, and the benefits far outweigh the costs.

I do feel that I’ll need a better table to make full use of this router, and when I do you can rest assured that I’ll be sticking with a product from Bosch. With this wood router, they’ve completely won me over for the foreseeable future.

If you need a heavy-duty router for some more advanced work, I can’t recommend this product enough. The Bosch MRC23VESK is simply amazing. It might not be suitable for really light applications, unfortunately, but for larger pieces of joinery it’s nothing short of miraculous.

There’s a lot of amateur woodworkers out there who are unsure what kind of tools to invest in, so I’ll say this: if you already have a table saw, and you’re dedicated to being able to make some awesome stuff, your next investment absolutely should be in a wood router and table. I strongly suggest you take the plunge and make this router a key part of your workshop experience.

Festool OF 1010 EQ – The small but precise wood router

The DEWALT DWP611 Sets the Bar High for Wood Routers